This 7-mile-long island, located on the Gulf of Mexico just south of Tampa Bay, includes three cities – Bradenton Beach (to the south), Holmes Beach (in the center) and the Anna Maria (to the north). Just a short drive from Bradenton, the island is where you can still find the "old" Florida charm and the speed limit never exceeding 35mph with access to spectacular beaches, accommodations and outdoor activities. 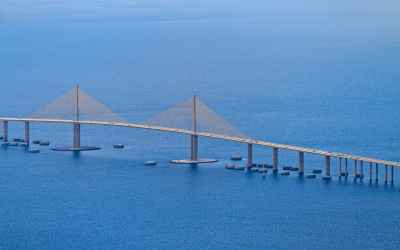 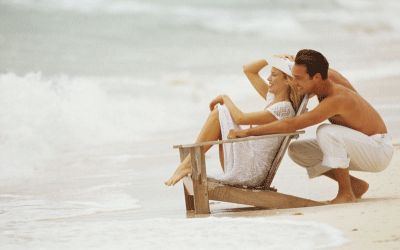 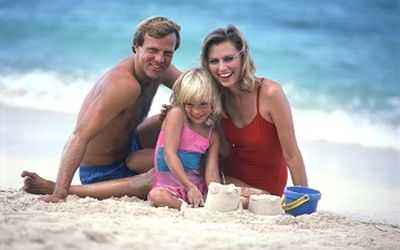 Known for its sugar-white beach coastline, emerald green and blue gulf waters, Anna Maria Island is a favorite for a local Stay-cation, the ideal place to get away from it all. Relax while watching the dolphins and the manatees glide through the water or enjoy those picture-perfect Florida sunsets over the Gulf of Mexico!

The emerald Gulf waters and quaint business districts have been the primary attraction of Anna Maria Island since the town was founded more than 110 years ago. Located in the Gulf of Mexico guarding the entrance of Tampa Bay, Anna Maria Island is home to three small towns, Anna Maria City, Holmes Beach, and Bradenton Beach. Two bridges connect the island to mainland Florida and a third bridge connects to Longboat Key to the south.

Anna Maria Island offers a relaxing, nature oriented getaway with a variety of condos, vacation homes, hotels, pet friendly motels, and resorts. Choose a vacation that offers quiet comfort while making the most of the beautiful beaches at affordably priced rates.

The Timucan and Caloosan American Indian tribes were the first known inhabitants of the area, but the recorded history of the Island began around 1530 when Spanish explorers such as Hernando DeSoto claimed all of Florida for the Spanish Crown. The first modern settler of Anna Maria Island was George Emerson Bean, who became the first permanent resident in 1892 and founded the town of Anna Maria City.

After World War II, Jack Holme created the 600 acre town of Holmes Beach, including a small airport, which has since closed. The town of Bradenton beach is located on the south end of the island along with the bridge leading to Longboat Key and other barrier islands to the south. Anna Maria Island was the location for part of the filming of "On An Island With You," starring Esther Williams and Peter Lawford.

Things to do on Anna Maria Island while on Vacation

If you are looking for something other than a relaxing day swimming or working on your tan, Anna Maria Island offers a choice of fishing styles. Choose from three public fishing piers, fish from the beach, or charter a boat for a day's trip fishing the Gulf of Mexico. Powerboat, jetski and sailboat rentals are available, or spend the day on land with a round of golf or a game of tennis. Bradenton's Village of the Arts is just across the bridge, where local artists live and display their work. Also, within easy driving distance are most of Florida's major attractions, including Orlando's Disney World and Universal Studios.

The Bayfest Annual festival in October regularly draws 10,000 attendees to see the arts and crafts, live bands, car show, kids area, restaurants and more. In November, the Medieval Fair comes to nearby Sarasota, with combat chess and jousting exhibitions.

The beautiful beaches of Anna Maria Island are perfect for swimming or catching up on you tan. The island also offers powerboat and sailboat rentals, as well as jetski rentals. The warm Gulf waters are inviting for snorkelling and scuba diving.

The Manatee-Sarasota area provides you with a choice of more than 45 courses ranging from executive par three courses to challenging championship 18 hole courses that will test any golfer’s ability from tee to green..